The PCS King V was introduced in 1993 and discontinued after 1995. Approximately only 40 of these guitars were made and some were given to Dave, though I've only seen him use this model once in a live performance (see above for Screenshots). While these guitars have DM0xx serial numbers, they weren't advertised as Dave's signature models. That also explains the 22 frets vs. 24 normally favored by Dave. I have scanned the catalog info on this model and you can see from the 94-95 catalog that the PCS King V wasn't stamped as a signature series. It was just a Player's Choice KV which was linked to Mustaine due to the body shape and the serial numbers. The King V Pro was the true Mustaine signature model at the time. 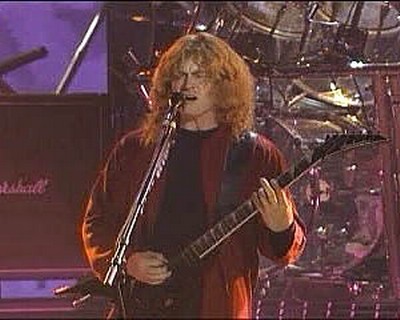 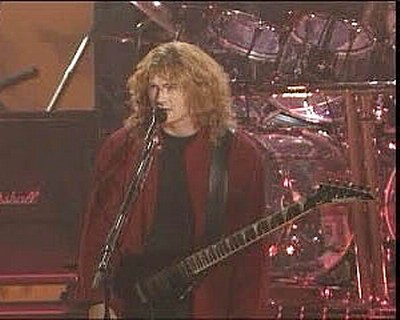 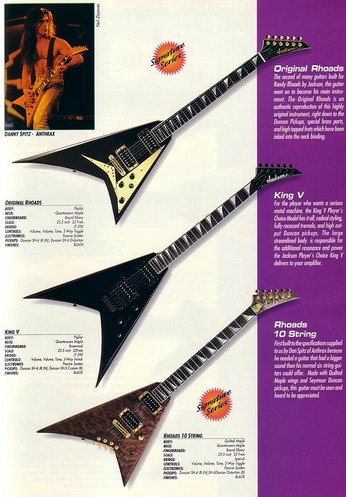