WaveCaster - Wave Machine: This very strange electric guitar has a hollow and transparent plexi-glass telecaster body which is filled with blue wave machine fluid. It has a rosewood fretboard, a standard ESP neck, natural headstock, 1 micro EMG 81 humbucker, 1 volume. As you can see in the pictures the blue fluid separates into a blue and a clear one at the bottom when the guitar is not being moved.

A luthier named George Fedden, out of Commack, NY, had been making clear lucite guitars in the shapes of Strats and Teles, and he had filled some of them with various liquids to highlight the uniqueness factor of his work. Fedden had a booth at the NAMM show in 2000, and put these guitar bodies on display. By chance, some of the ESP guitar reps were walking the floor and saw Fedden's guitars. After a bit of conversation, they asked him for 3 of the clear Tele bodies, filled with blue liquid motion, and Fedden agreed. Upon receiving the bodies, ESP ran them through the custom shop, outfitting them with ESP Kirk Hammett necks (complete with the signature headstock and devil inlays) and EMG-81 pickups (with a killswitch in the neck position). When they were done, they sent one of the guitars to Kirk himself (sporting a maple neck, as seen on the Metallica Cunning Stunts DVD), kept another for themselves (rosewood neck), and sent the 3rd guitar (rosewood neck) back to Fedden as a token of thanks. 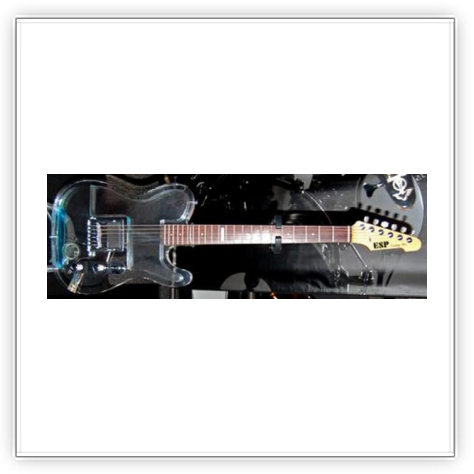 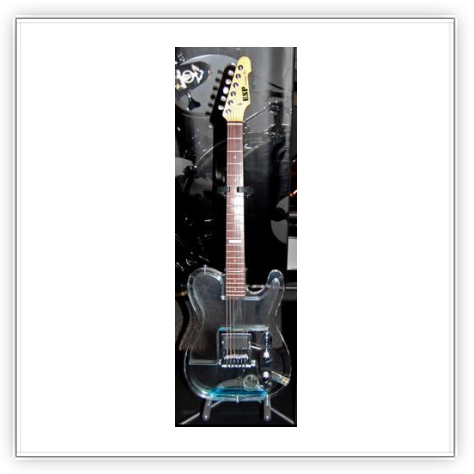 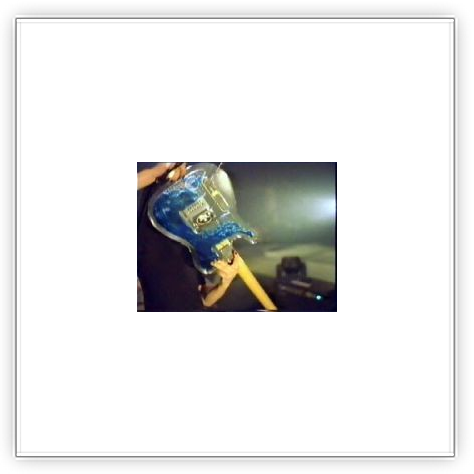 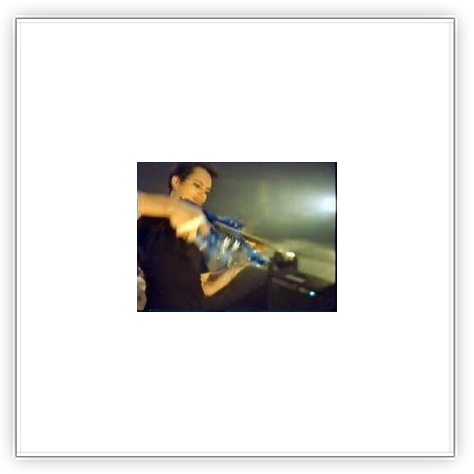 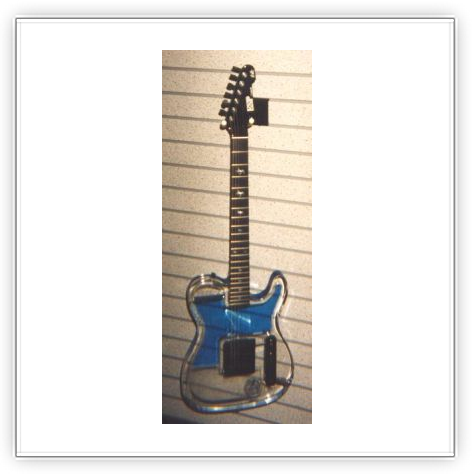 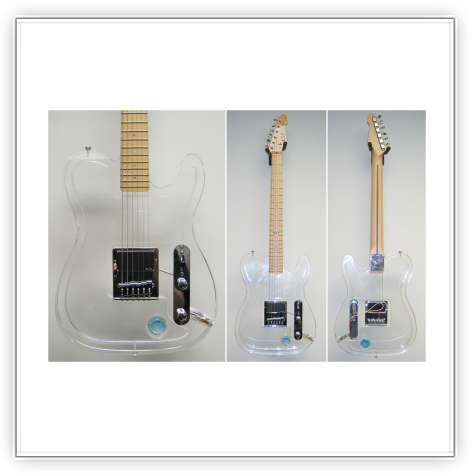