- colors and other features: cream white with black headstock, "SO WHAT" written in the body in 1986
After the neck on the Flying V broke, James started using his Explorers.
The very first explorer guitar used by James Hetfield has Dirty Fingers Pickups. Explorers from this year came in different options including colors, bridges, tremolos...the important things are different control layout and no pickguard!
Originally had the gibson 500t/496r set Dirty Fingers Pickups, but jaymz swapped them out for the 81/60 set in 87/88.
He started playing it in 1984 and played it until 1988/1989.
Over the years, this guitar had many stickers appplied on and off by James.
Originally the guitar had no drawings were gradually added. At the beginning "the face" appeared above the word, and after the death of Cliff's the last one on the lower arm.
It can be seen in the video "Cliff All" in the song "Creeping Death". The first time it appeared in concerts to promote their debut album. Guitar probably got John Marshall Kirk and technical replaced Hetfield when he could not play the guitar because of the hand injury in 1986 and 1992 years.
Just like his Electra Flying V, James restored his main Explorer and played it on “Death Magnetic”. 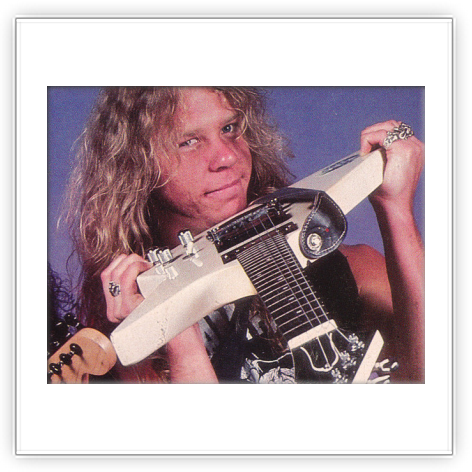 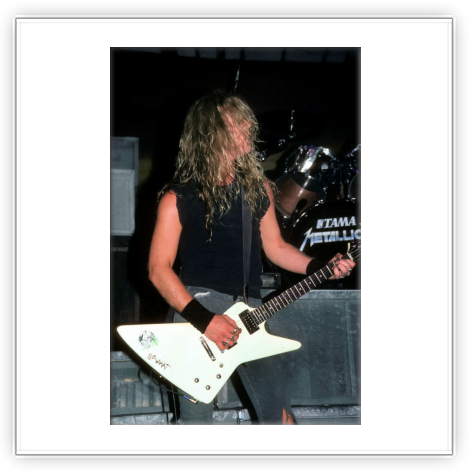 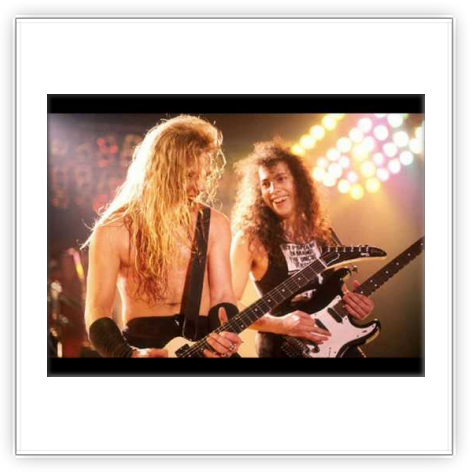 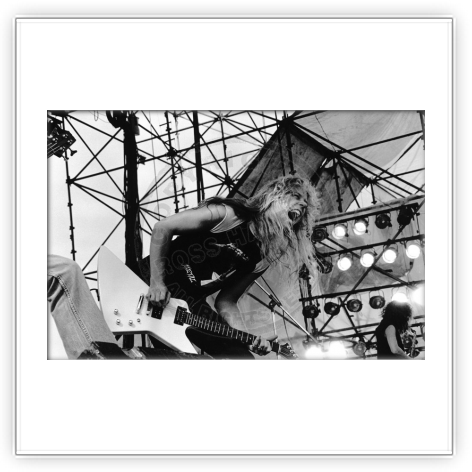 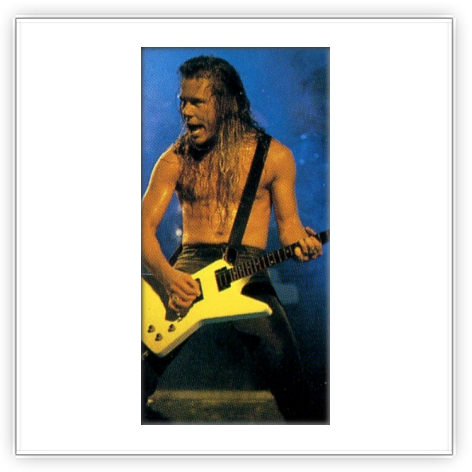 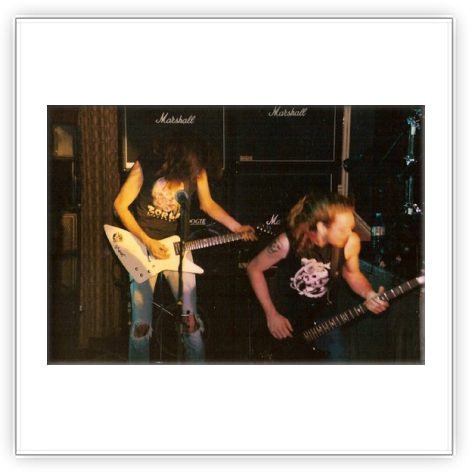 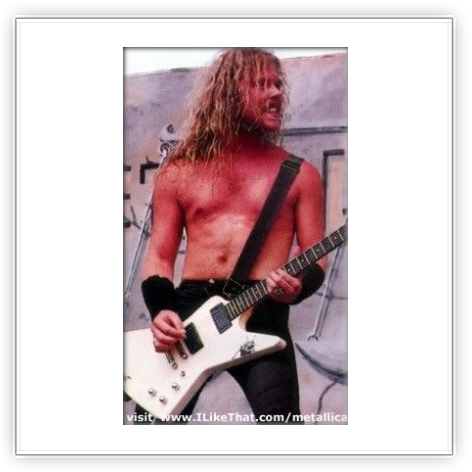 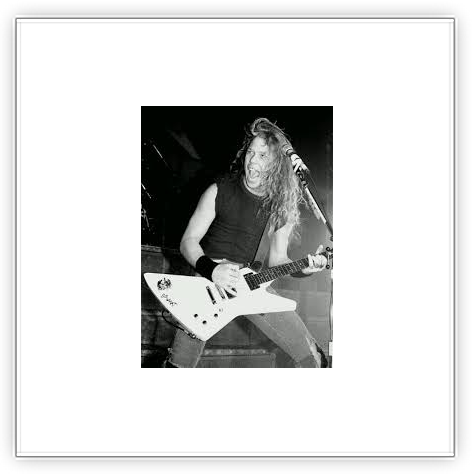 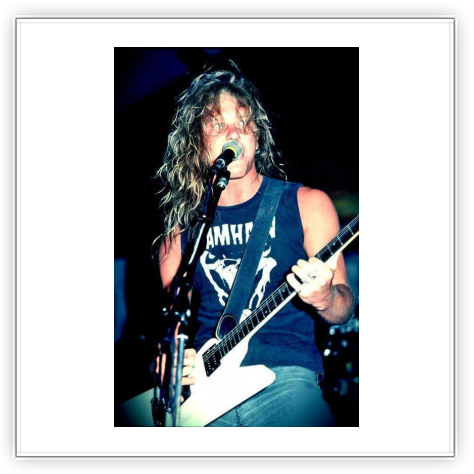 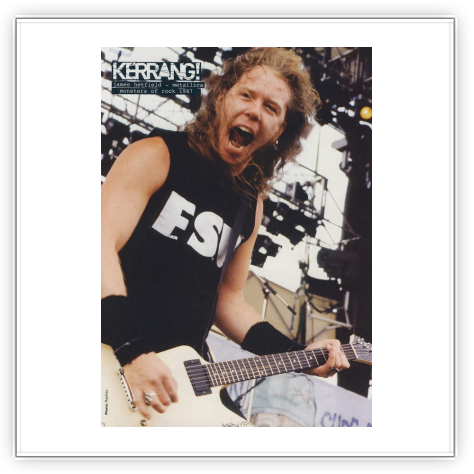 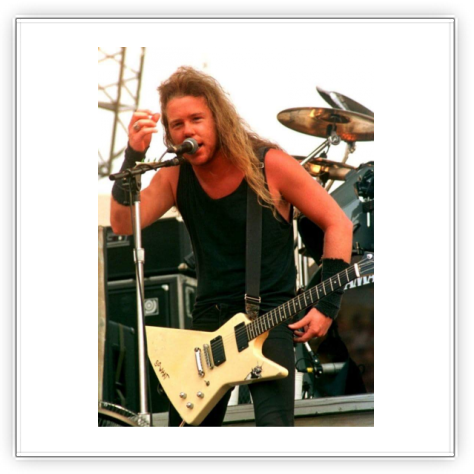 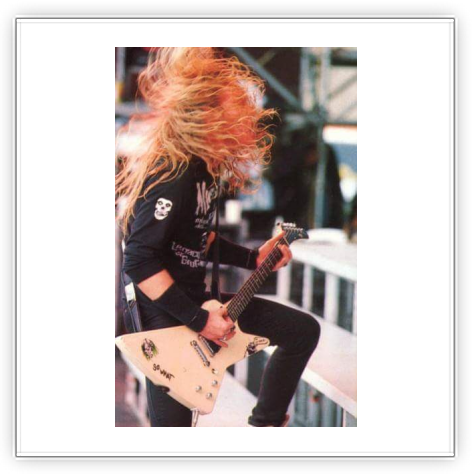 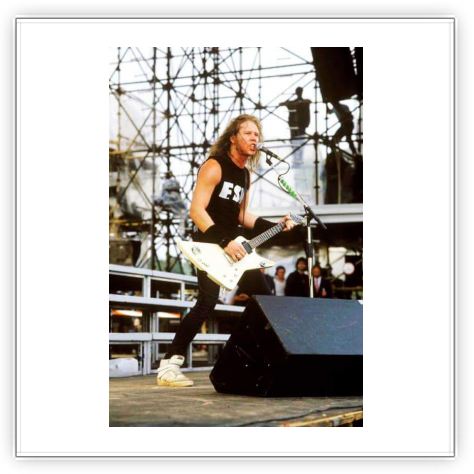 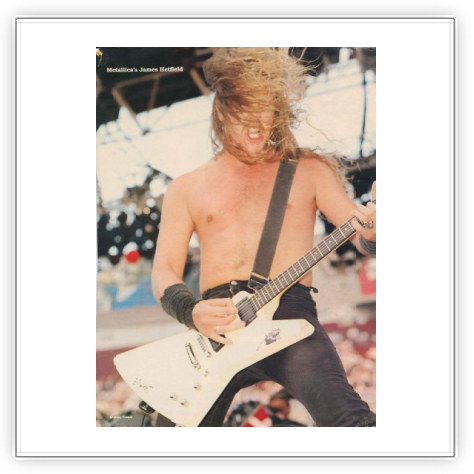 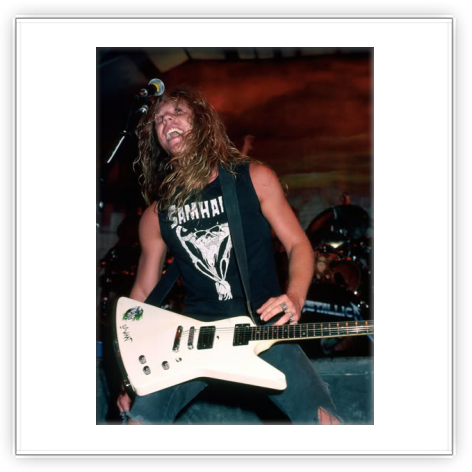 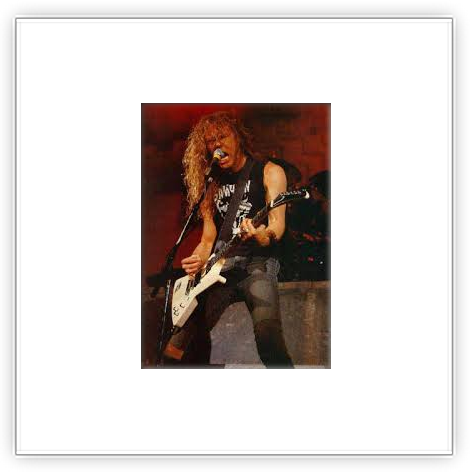 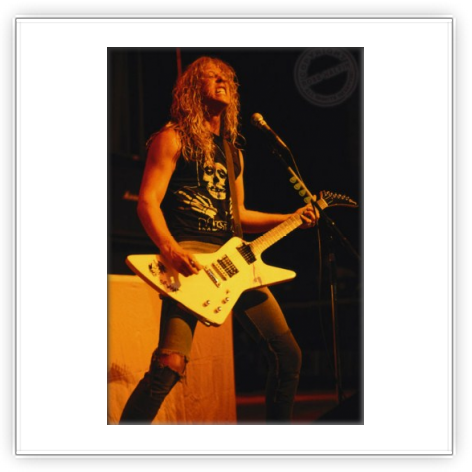 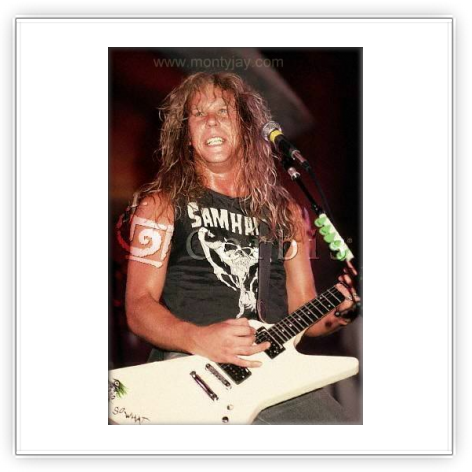 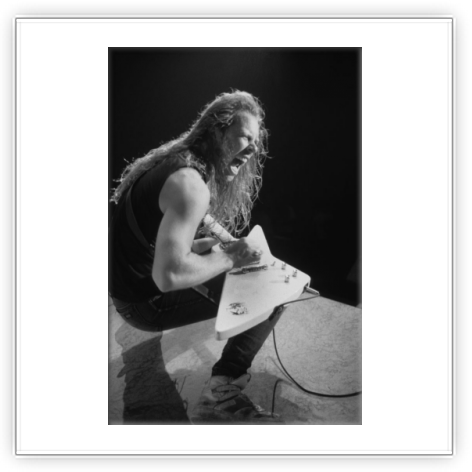 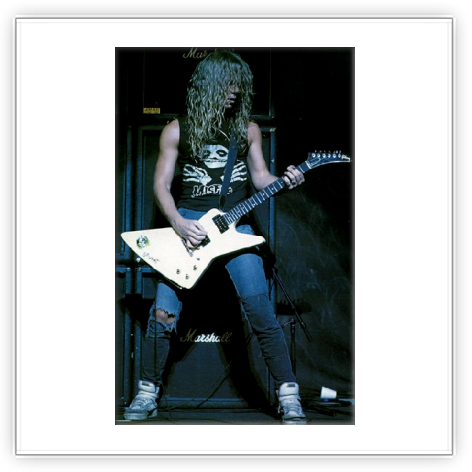 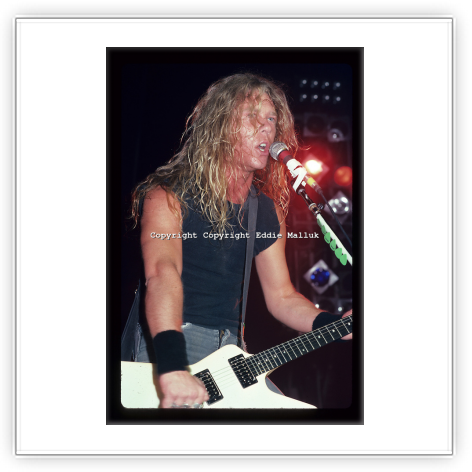 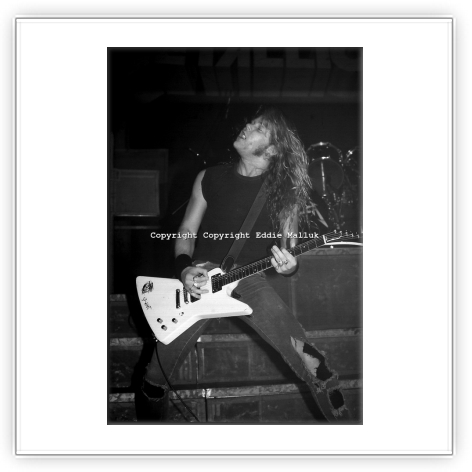 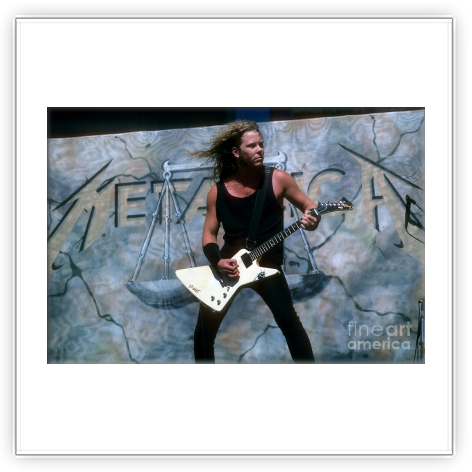 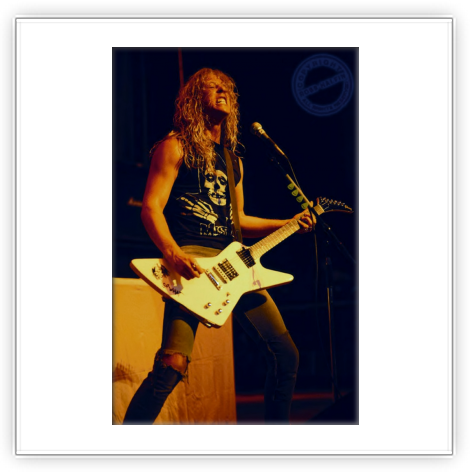 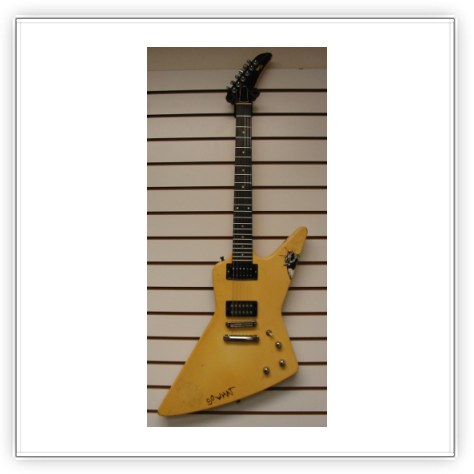 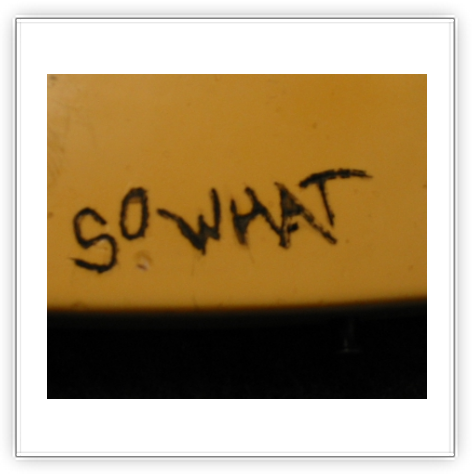