This guitar was Dave's first Megadeth logo King V - at the time of order marked "Logo still to come". Dave had to pay for this guitar in full as Jackson rarely made endorsees guitars for free back then. "Mastermind": "I'm the lucky owner of this King V after Robert Witte sold it to me in December 2006. Robert had bought it from Music Go Round, Arizona, USA. Below are some pics of the guitars current condition." 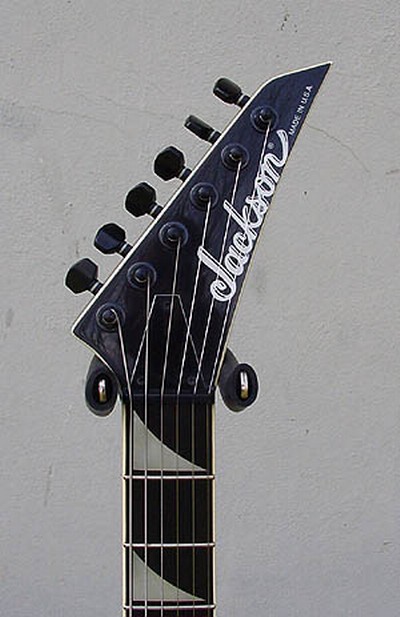 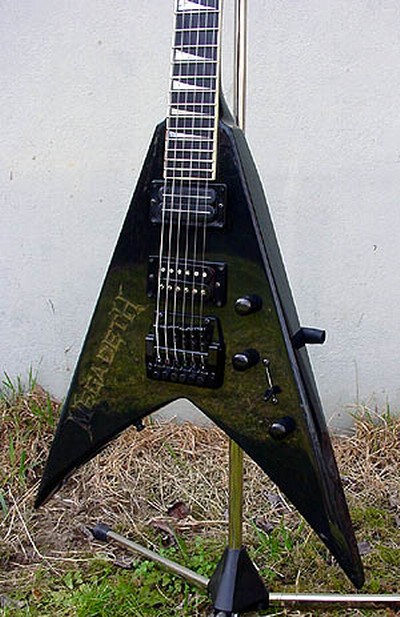 This is an example of an extremely early 24 fret King V guitar, which also features an early Kahler fixed bridge. This guitar is a predecessor of the various later DM signature King Vs. While Robbin Crosby sure has to be credited for making the Double Rhoads body style famous, Dave clearly was the first player to step out continuously playing with the baby-size and thus making it famous. To see all the specs of this guitar view the WORK ORDER. 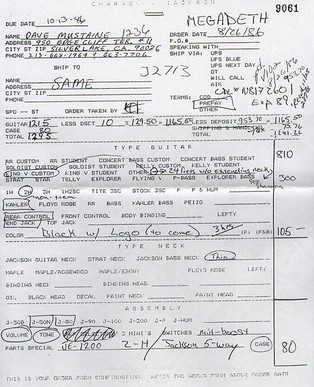 This guitar has been all over the World and You have seen it in photos and videos from Peace Sells, So Far So Good and Rust In Peace era. HERE are some pictures of J2713 in action with Dave. 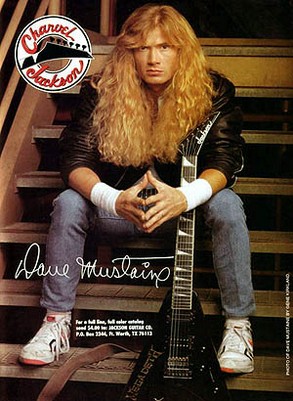 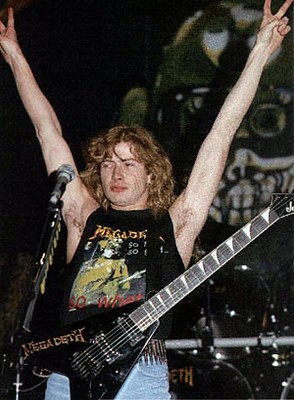 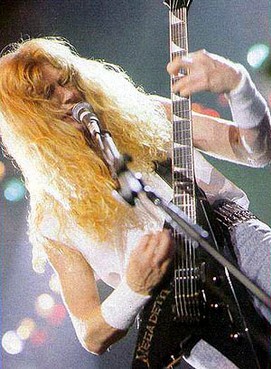 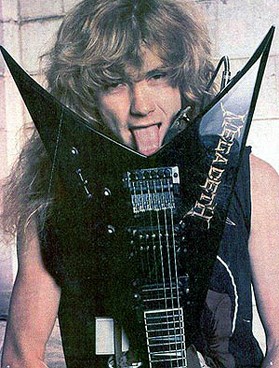 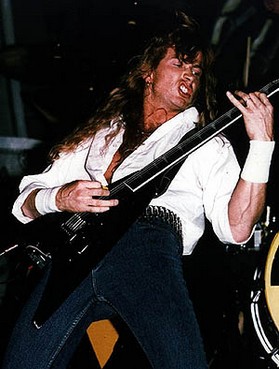 Before owning this guitar I was under the impression that in the late 80s Dave had three different Megadeth logo guitars. Once I got J2713 and studied it in person I noticed it has been refinished and repaired earlier. There was also screwholes from oversized Jackson pickups visible. This got me thinking - perhaps Dave didn't have 3 different guitars but instead it was the same guitar but refinished so it looked a little different. This would also explain the lack of group shots. The mystery was solved with help from photographer Rick Gould and various large Mustaine posters. With this material I was able to verify that the three guitars that looks slightly different all have serial number J2713. Below You can see the first two stages of J2713 before it became what it is today.

Peace Sells era - Here the Megadeth logo is closer to the edge of the body and Jackson logo is not touching the binding. You can also see the large Jackson covered pickups. HERE is a page with some pics from this time period.

So Far So Good So What era - Here the guitar has been refinished to the current logo style but it doesn't have "made in USA" on the headstock. Also the Jackson logo is perfectly centered. The regular Jackson phenolic nut was replaced with a white bone nut. Afterwards the guitar must have suffered a headstock repair cause the logo was replaced and the headstock got considerably shorter for the RIP tour. HERE is a page with some pics from this time period. Some Megadeth logo King Vs were built at a later time, during the Rust In Peace era. So far I have been able to identify two different guitars...

"Toggle Switch King V" - This guitar has a 3-way toggle switch instead of the 5-way blade that Dave mostly used. It also has a more modern looking Megadeth logo. It was made in 1990 and currently is broken in two. It was last seen resting at a Hard Rock Cafe in Stockholm, Sweden. Serial number looks to be J57xx. HERE is a page with some pics of the "Toggle Switch King V". 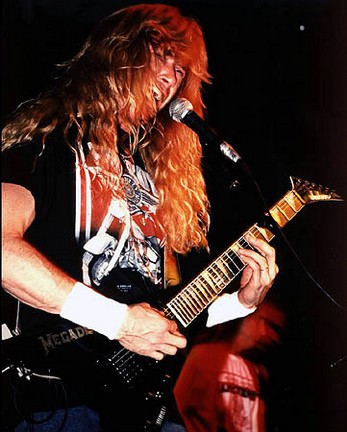 "Anarchy Sticker King V" - Here is an interesting guitar! I believe this one could be Dave's "number 1". It's from around 1990, has the weird control layout and the DM010 serial would make sense at this point. The second volume knob is really close to the tone knob and they are both placed left of the 5-way blade switch. Apart from Dave's silver "number 1" this is the only Megadeth guitar I know of with this layout and noone knows where this one is - is it missing or was it refinished? Maybe I'll find the answer later on... :) HERE is a page with some pics of the "Anarchy Sticker King V". 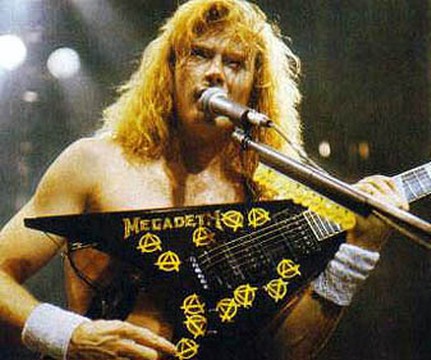 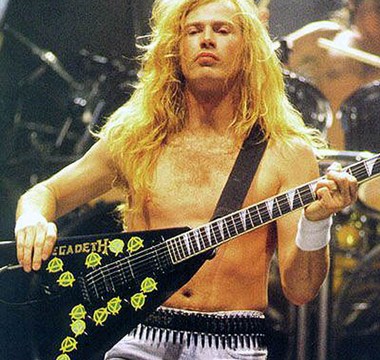