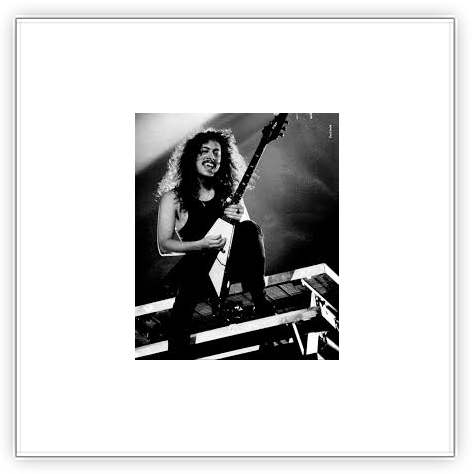 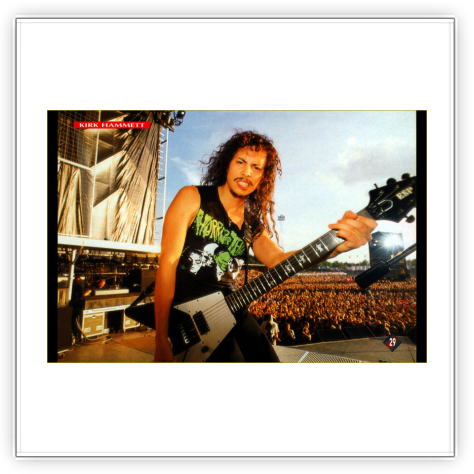 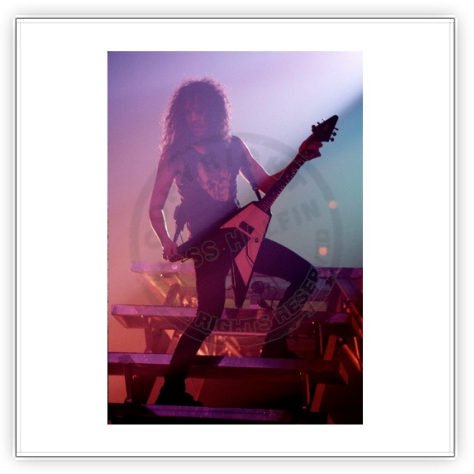 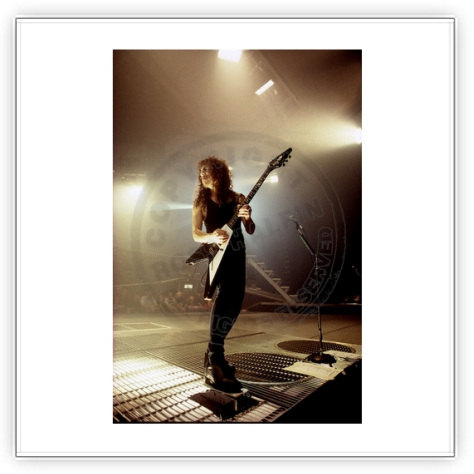 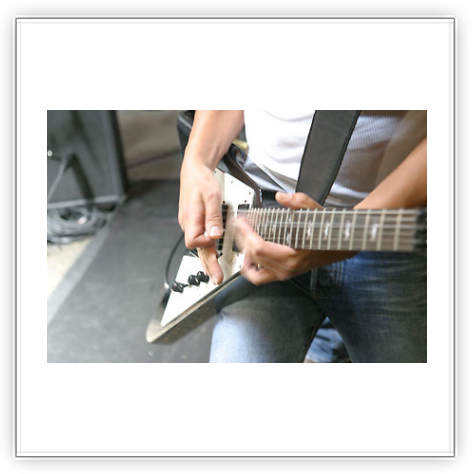 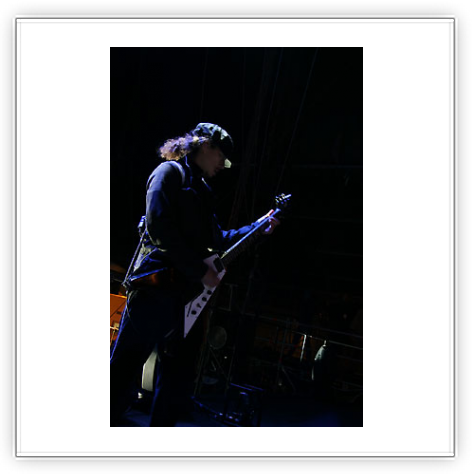 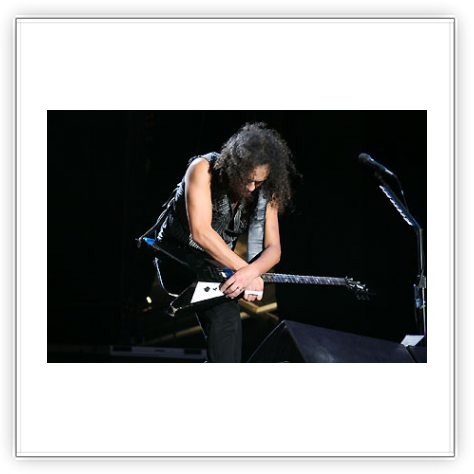 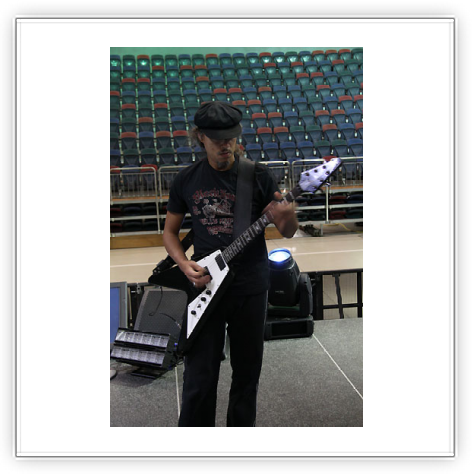 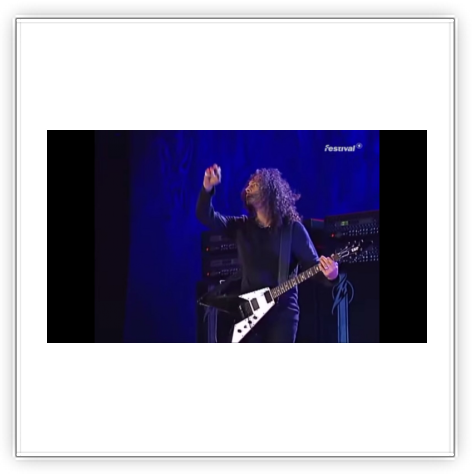 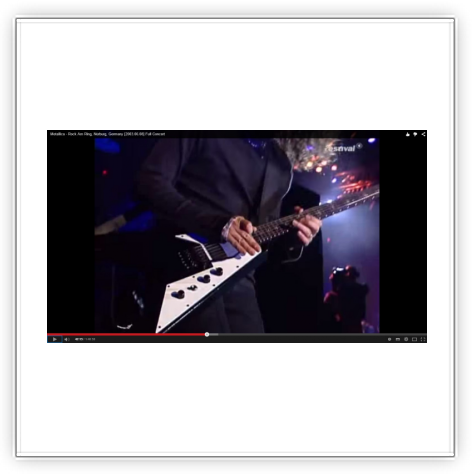 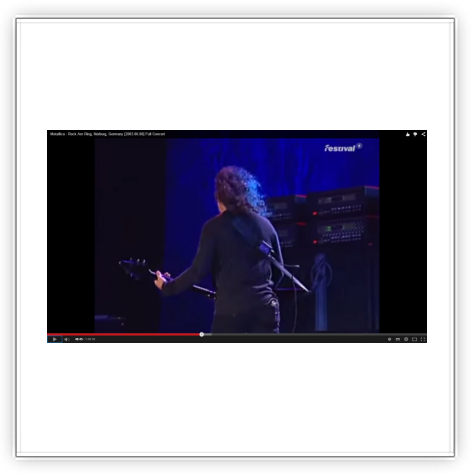 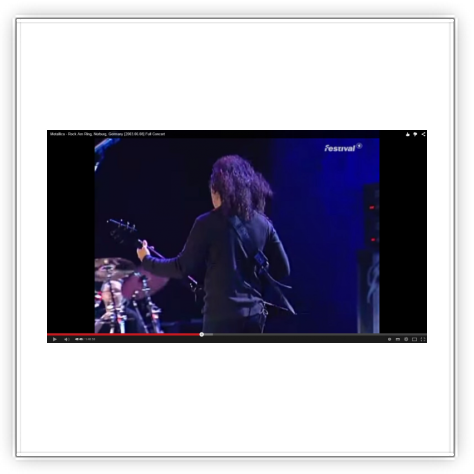 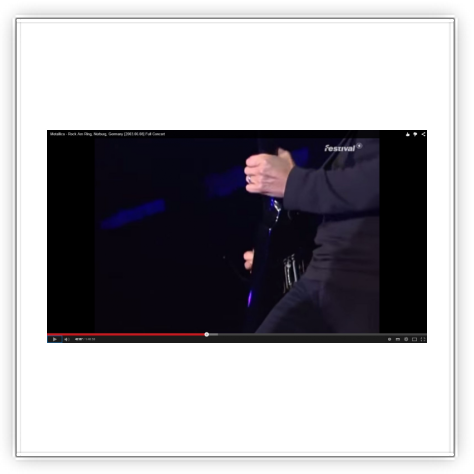 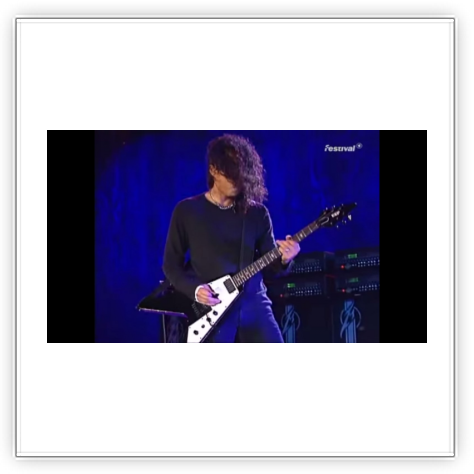 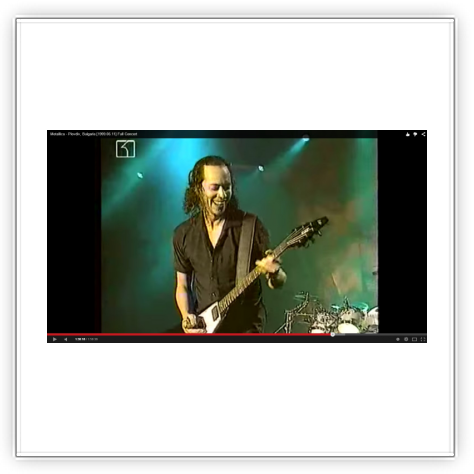 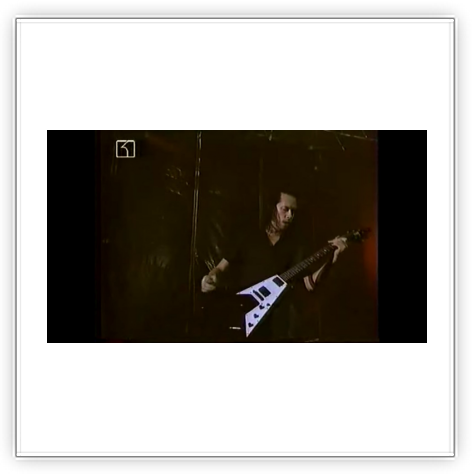 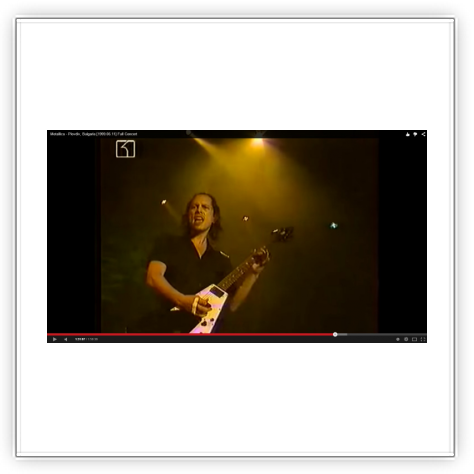 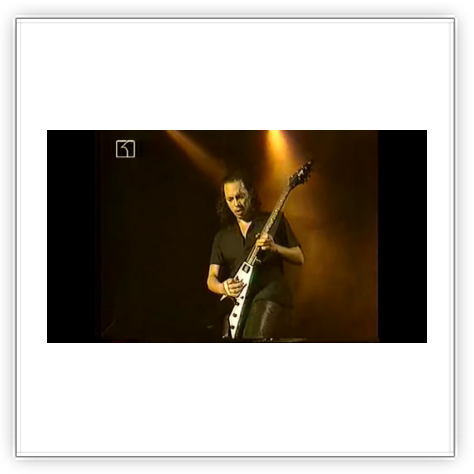 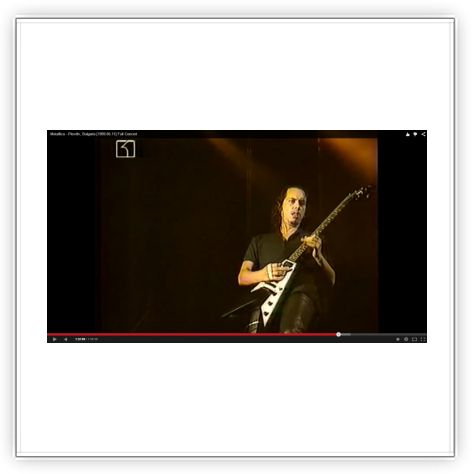 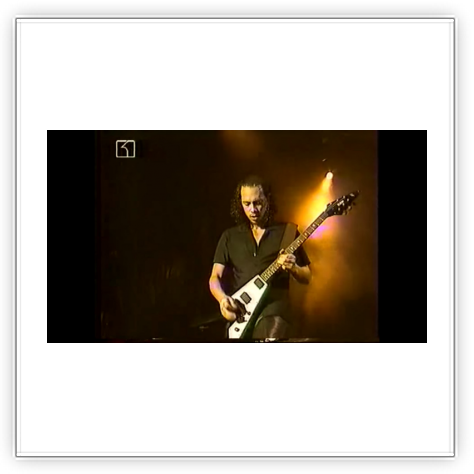 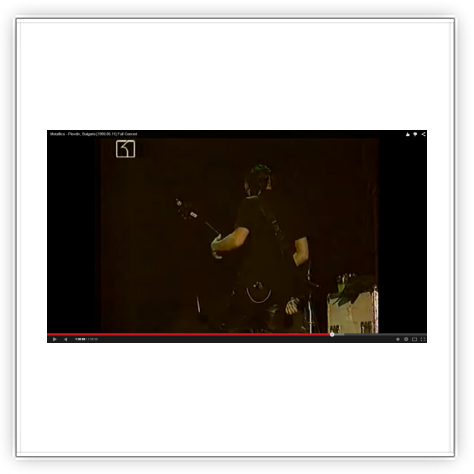 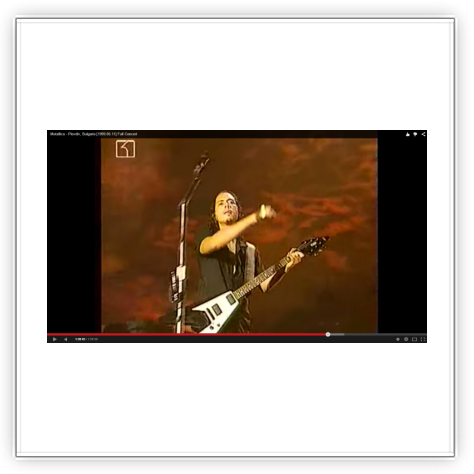 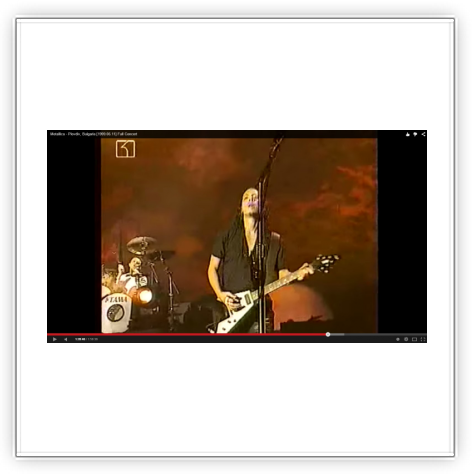 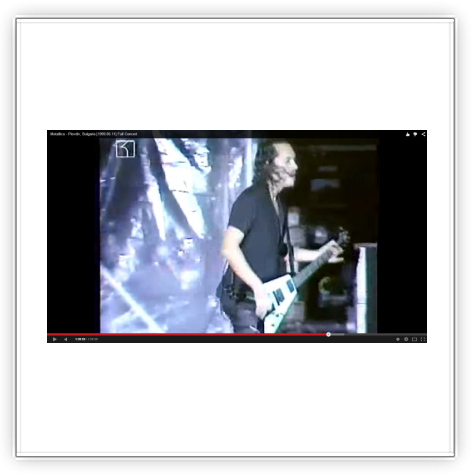 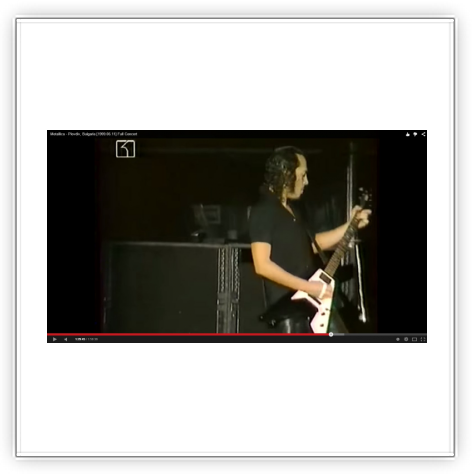 1992 ESP black V with gold hardware. It was auctioned.
Played by Metallica lead guitarist Kirk Hammett was on sale online for $35,000.
Hammett used the ESP Flying V guitar live on stage prior to August 1998.
Seller Neals Vintage Guitars is offering up the instrument on eBay.com for the fixed price.
A statement from the seller reveals, “Kirk played this guitar in concert quite a bit! Just after that, he gave me a backstage pass for a show at Irvine Meadows in Orange County, California on the Load tour, I went backstage and had everyone in Metallica sign the guitar, I also had them sign the Load CD. I then had the pickguard sprayed with a clear coat to protect the signatures.
He used it on the Nowhere Left to Roam tour however it has a Floyd Rose not a fixed bridge as indicated. It was used for  “Thing That Should Not Be”
“Then, in 2007, I was lucky enough to go the studio where Metallica was recording their most recent album, Death Magnetic.
At that time I had Kirk sign the back of the headstock and sign the letter of authenticity. I am including a photo of Kirk signing the guitar! This guitar has lots of road wear from Kirk playing it, but it is in good solid condition and plays great!” 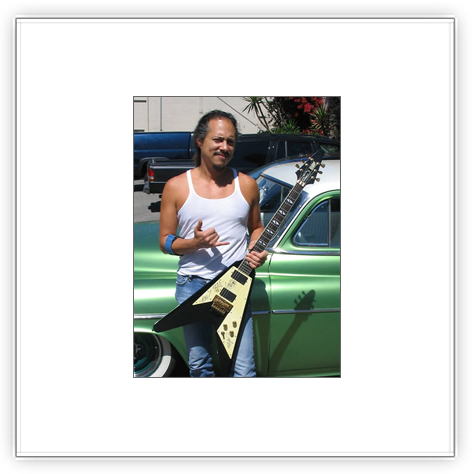 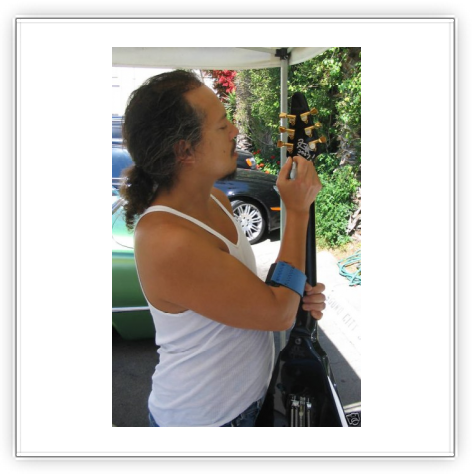 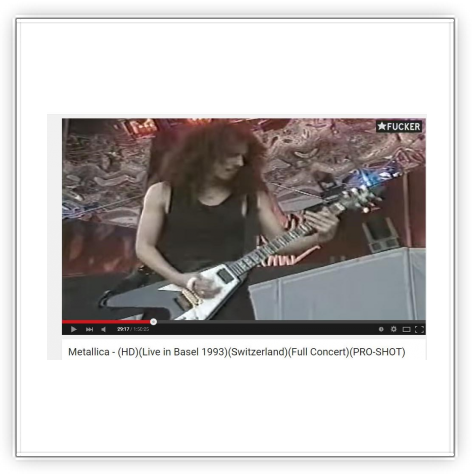