This is the 1st year of the official production of the Les Paul.
- year: 1952 - early 1953
- shape: single cutaway
- construction: set neck with neck to body angle about 3 degrees
- body: mahogany with multiple piece carved maple top (not "center seamed", two or three pieces), single ply cream binding (binding is consistent in width and depth along the body's top, even in the cutaway area)
- neck: mahogany, single ply cream binding, single-ring keystone Kluson tuners with no "Kluson" name on the gear cover, peghead 17 degrees
- fingerboard: brazilian rosewood with trapezoid inlays
- logos and serials:
-- front of headstock: Gibson pearl logo, "Les Paul Model" silkscreened on peghead in gold,
-- back of headstock: NO SERIAL NUMBER
- electronics: two soapbar P-90 pickups with cream covers, no pickup rings
- hardware: trapeze tailpiece/bridge combo with the string looping under the bridge fixed from the side, tall gold barrel-shaped knobs, nickel plated parts,
- colors and other features: Goldtop finish, brown back and neck finish (about 5% with also gold back&sides), cream color plastic parts, dark brown back plastic covers.
The standard case for this model was a brown hardshell case with a pink lining. The top of the case was flat and had four latches.
- notes:
The 1952 and early 1953 goldtop models are fairly useless (as a player) because of a shallow neckset, and a badly designed trapeze tailpiece (they have some collector appeal though, as Gibson's first Les Paul generation). The trapeze tailpiece had two problems: first, the strings wrapped under the bar, not allowing the player to "mute" the strings with the palm of the hand. The second problem was if the trapeze was knocked from the side, the whole guitar could go out of tune. The neck angle is also very shallow on the trapeze models, so the strings could not be looped over the top of the LP tailpiece. Also converting to a 1953 style stop-bar or a tunematic was often impossible again because of the neck angle. Because of the funky Les Paul tailpiece on 1952 and early 1953 models, these version of the Les Paul Standard is generally looked down on by players. Because of these problems, by early 1953 the "wrap around bar" tailpiece/bridge combo was adopted by Gibson. This rectified the playability problem (the strings wrap on top of the tailpiece, allowing palm mutes), and these models are quite nice (though many players complain because they can not be intonated accurately). The early 1953 wrap-around models still had a shallow neck angle, limiting the downward adjustment of the stop bar.
There is also the "all gold" version (usually the back and sides are finished natural brown, not gold). The "all gold" paint option was probably special order, and is seen on about 5% of all 1952 to 1957 gold tops. Note the ugly green wear that the all gold models get on the back of the neck. Because of this, many collectors avoid "all gold" Les Pauls.
Very early models had no neck binding and the two pickup mounting screws were positioned diagonially on the pickup's corners (instead of being mounted in a line with the string pole screws). Also early 1952 models may not have a "rhythm/treble" toggle switch plate
- year:
- shape:
- construction:
- body:
- neck:
- fingerboard:
- logos and serials:
-- front of headstock:
-- back of headstock:
- electronics:
- hardware:
colors and other features:
- notes: 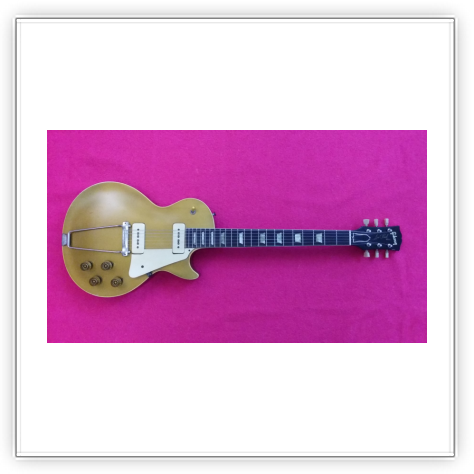 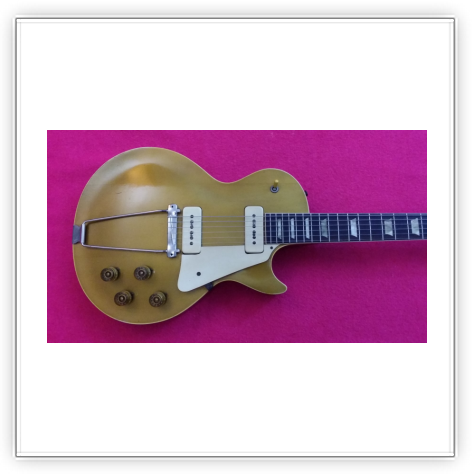 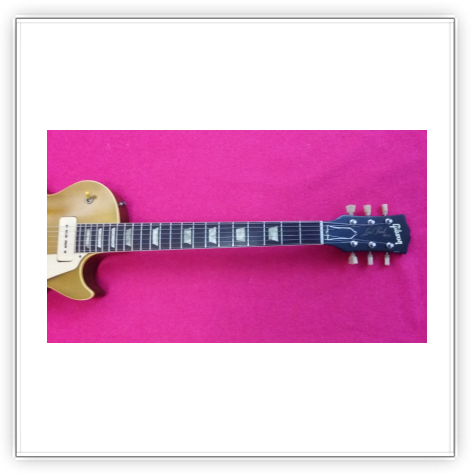 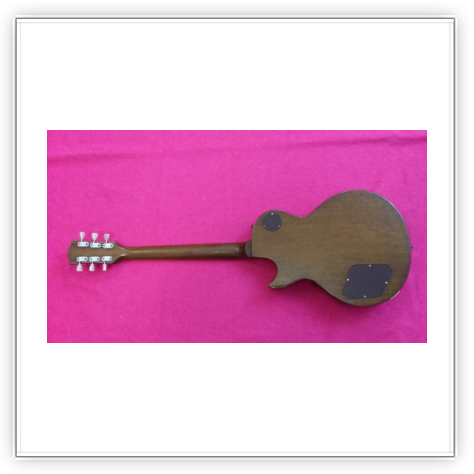 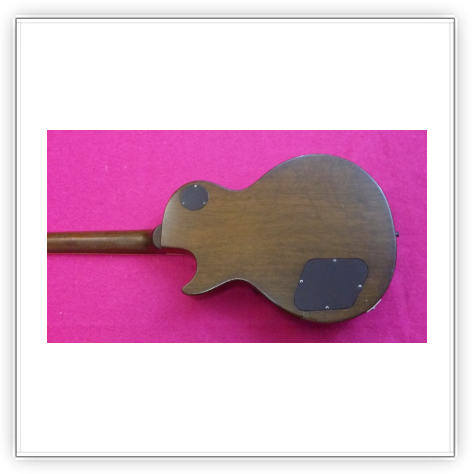 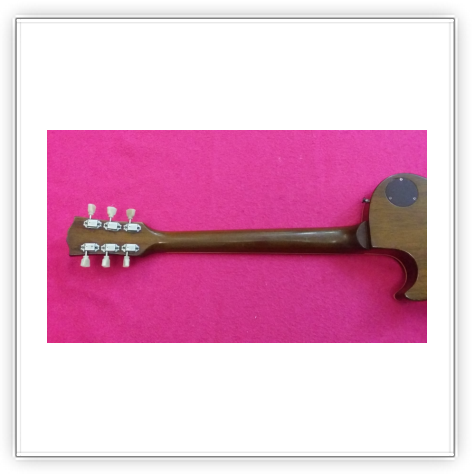 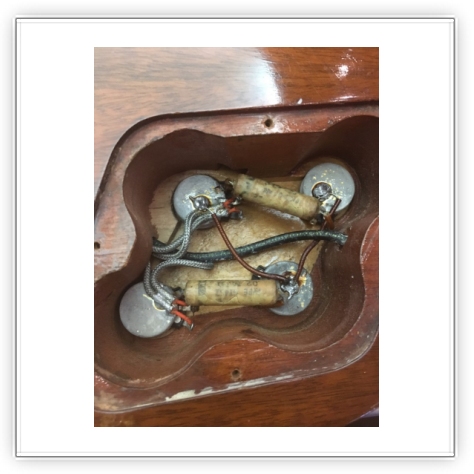 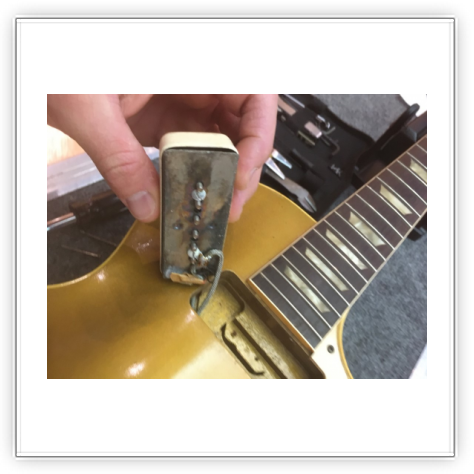 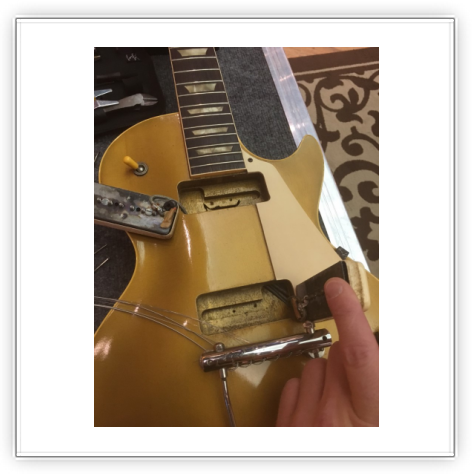 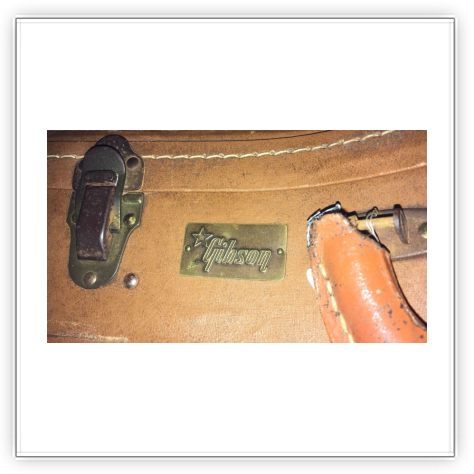 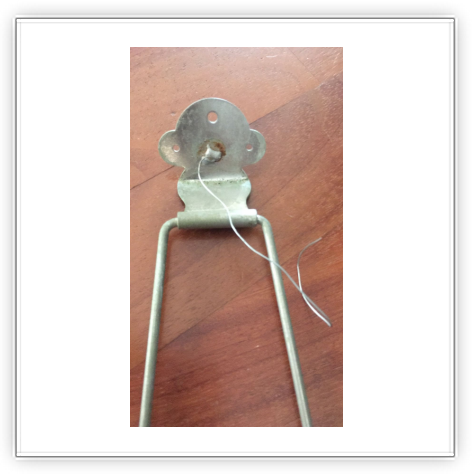